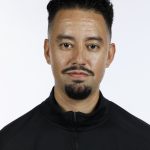 Trujillo joins the Swarm after a stint with the Philadelphia 76ers as a media relations associate in 2017-18. Prior to Philadelphia, he has worked for the Washington Wizards (2016-17) and Utah Jazz (2015-16) in various basketball media relations roles. Trujillo has also worked in college sports, at SMU during the 2014-15 season and at his alma mater, Gonzaga University (2012-14). Trujillo is a graduate of Gonzaga, double majoring in journalism and public relations.

Price comes to Greensboro after three seasons with the Frederick Keys, the Class-A Advanced affiliate of the Baltimore Orioles. Serving most recently as the Director of Group Sales with Frederick, she began her minor league baseball career as an intern with the Bowie Baysox, the Double-A affiliate of the Orioles. Price graduated from James Madison University with a sports management degree in 2016.

Thompson joins the Swarm from the Dallas Mavericks’ NBA G League affiliate, the Texas Legends. She was the Activation Coordinator with the Legends for two seasons. Since graduating from Texas A&M University in 2016 with a degree in Communications and minor in Business Administration, Thompson also worked as a Business Analyst for JCPenny Corp. 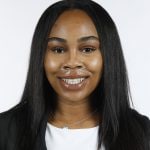 Stuckey came to the Swarm from the International Speedway Corporation. She was promoted to a Business Development Executive in the corporate sales department under NASCAR from Ticket Sales Associate while at Richmond Raceway. She holds a Masters of Science in Sport Management and a Bachelor of Science in Health and Physical Education (minor in Sport Management) from Virginia State University. 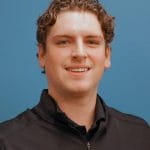 Foster continues to work for the Swarm after being hired after serving as a Corporate Partnership intern for two semesters. He graduated from High Point University in 2020, earning a degree in Entrepreneurship and Sport Management. While a studying at HPU, Foster also interned for the Philadelphia Soul (arena football) in the corporate partnership department. Perkins attended NC State and completed a degree in Sports Management in 2017. He has previously worked in college athletics at Duke University in athletic development and at Wake Forest University in marketing. Savage joins the Swarm from the Washington Nationals, as a member of their sales team during the 2019-20 championship season. He began working in sports with the Los Angeles Sparks in the NBA and in the Cape Cod Baseball League. A graduate of Elon University in 2019, Savage has a sports and event management degree. 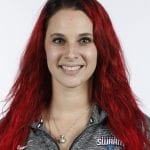 Lengel assumed full-time Account Executive duties with the Swarm in 2021 after working seasonal as a Merchandise Associate since 2016-17. Her background includes roles with Jr. NBA, Junior Knicks, Basketball City NYC and the Harlem Wizards. Active and passionate about the community, she graduated Ashford University with a degree in Organizational Management and Sociology.