When former NBA All-Star Shareef Abdur-Rahim was officially named as G League President in December, Greensboro Swarm President Steve Swetoha immediately invited him to visit the Triad. It took some time until Abdur-Rahim made the visit, but on June 12, he finally did.

“We wanted to get him to Greensboro as quickly as possible,” Swetoha said. “We know that his experience and passion about this league can really resonate with our fans.”

Abdur-Rahim took over after the former President, Malcolm Turner, accepted the job as Athletics Director at Vanderbilt University. Abdur-Rahim had previously spent time as a member of the Sacramento Kings front office, as well as the Associate Vice President of Basketball Operations for the NBA. He played in the league for 12 years, being named an All-Star in 2002 with the Atlanta Hawks before transitioning to his front office career.

“It’s great to have a place that’s so welcoming,” Abdur-Rahim said. “To have a facility where our communities can come and welcome opportunities like USA Basketball, is great. Hopefully the team is an asset to the community and the community is able to aggravate around it and add value.”

The culmination of the visit was a networking event hosted by the Swarm downtown at HQ Greensboro. The event allowed Abdur-Rahim to meet and mingle with Season Ticket Members, corporate partners and nonprofit leaders, as well as speak about the future of the league. He was joined at the event by several members of the Swarm’s front office and coaching staff. 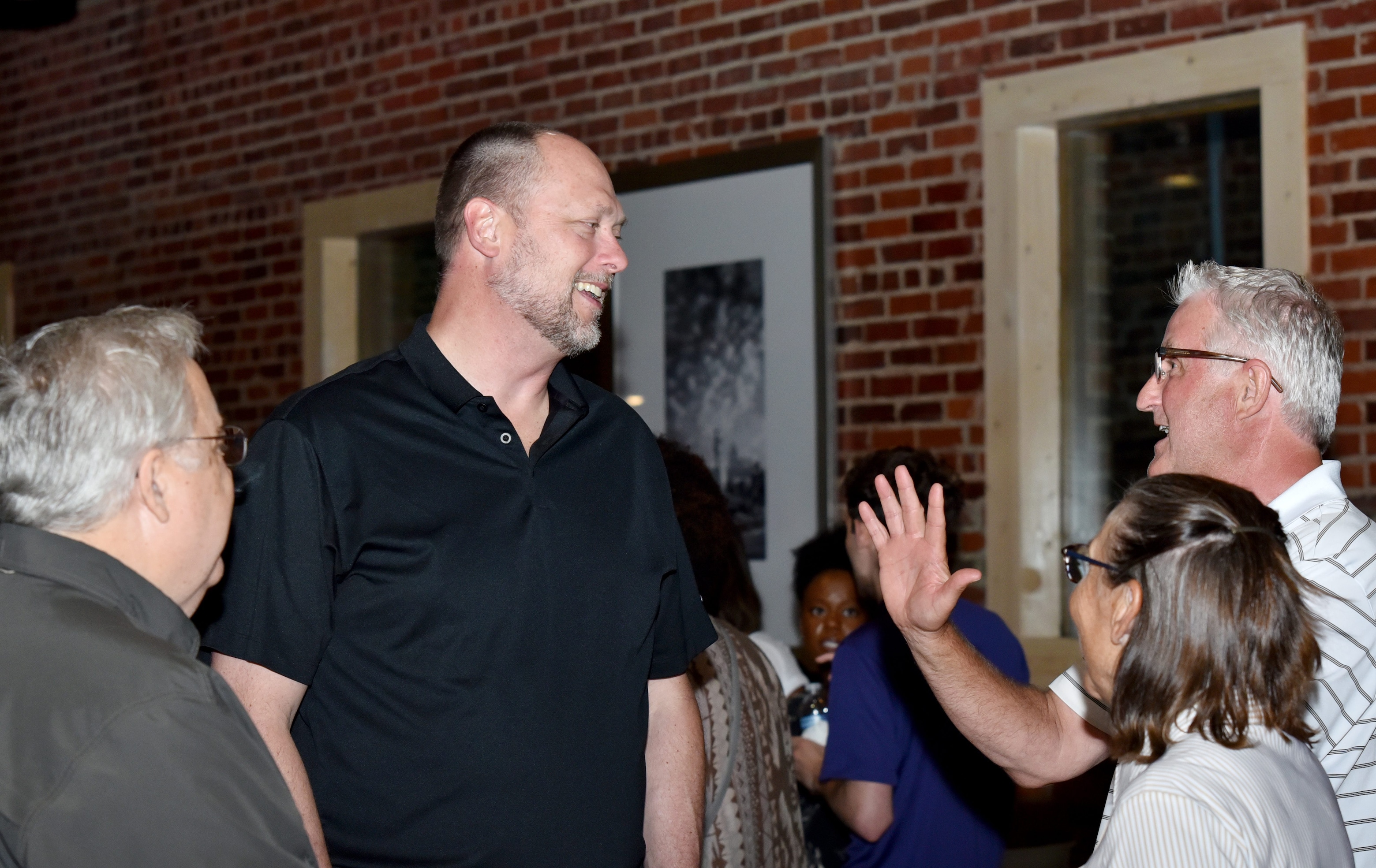 “The great thing about the G League is that we are community-based,” Swarm Head Coach Joe Wolf said. “We enjoy getting out in the community. We understand that these people want to come see our product and we want to make sure we appreciate who comes to our games. To get out in the community is one of the things we look forward to. We love to see our fans in everyday life, so we love getting out and doing appearances and meeting people.”

When giving his speech and taking questions from Swarm supporters, Abdur-Rahim’s vision was on growth and development. Since 2014, the G League has expanded from 14 to 28 teams and Abdur-Rahim has made it a priority to reach 30 teams. Throughout the day he expressed the importance of every NBA team having a G League affiliate.

“When we are a 30 team league, that really opens up an opportunity to execute on all the potential that we have,” Abdur-Rahim explained. “To grow basketball, grow and be an extension of our parent teams, to open up opportunities of growth and development, and to try new and exciting things within our game.” 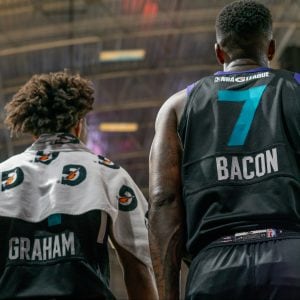 Abdur-Rahim also spoke about the development aspect of the G League, and how they are trying to aid players. Roster construction in the G League, particularly the two-way contract players, is focused on prospect development to hopefully earn an opportunity on an NBA roster. Furthermore, NBA teams have strategically assigned young talent to the G League to get more playing time, with the Hornets doing so with Devonte’ Graham and Dwayne Bacon in 2018-19.

“I think his presentation is spot on in terms of the G League being a development league,” Wolf said. “We are a development franchise that is trying to grow young players and young men, and we want to be a big part of the community here in Greensboro.”