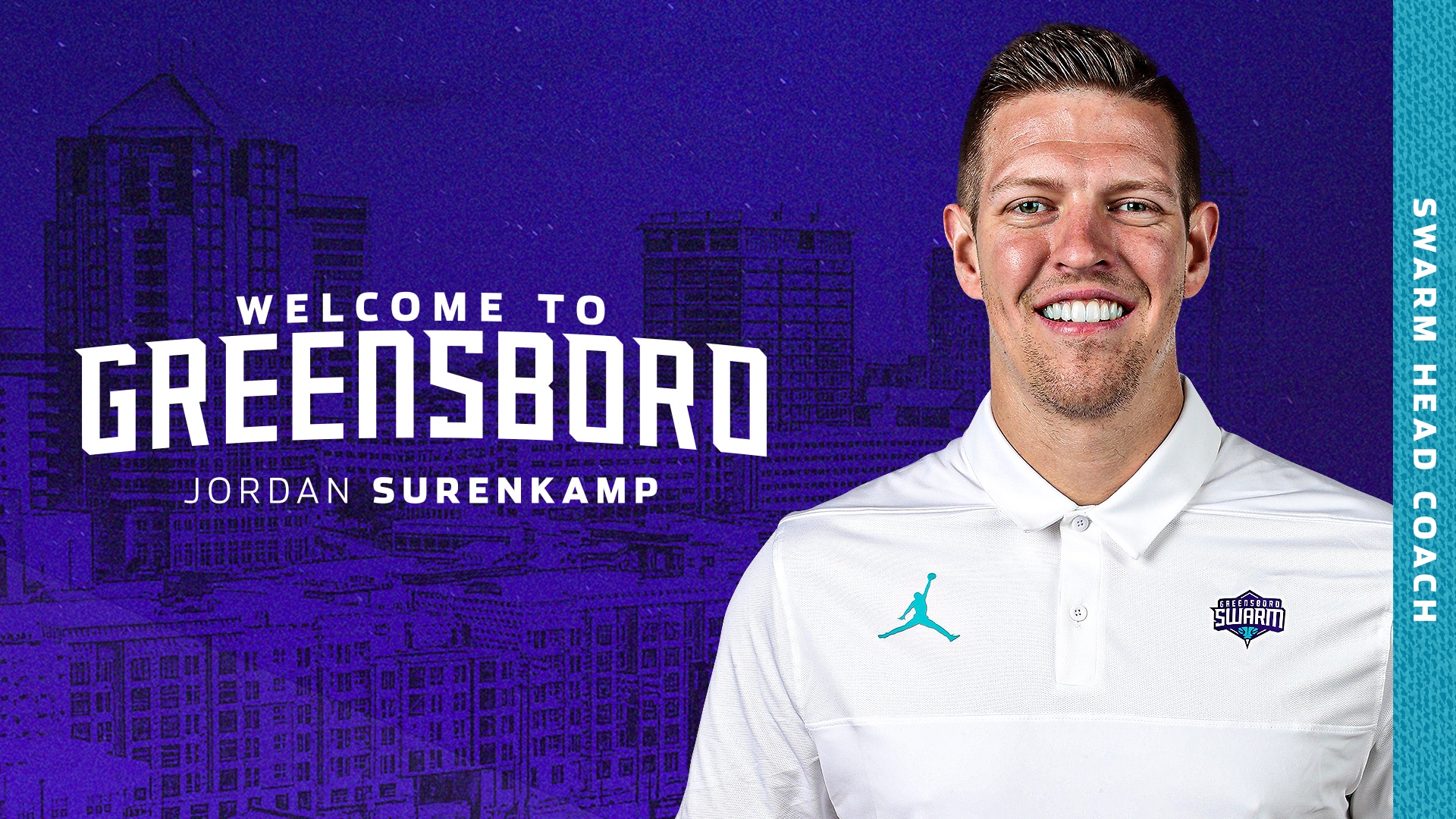 Surenkamp has been elevated to lead the Swarm after completing his third season with the Hornets – his second as the Head Video Coordinator. He joined the organization prior to the 2018 season as an Assistant Video Coordinator.

“Development is a key pillar of our organization and of building a sustainable program,” Kupchak said. “Jordan is well versed in the importance of our player development program and well prepared to lead the Greensboro Swarm in pursuit of this goal. We are excited about the synergy he will bring to Greensboro given his time under Head Coach James Borrego.”

“I’m very appreciative of the opportunity to lead the Greensboro Swarm,” said Surenkamp. “The time spent helping develop our younger players in Charlotte and learning from Coach Borrego and his staff has prepared me for this opportunity. I’m grateful for the trust the Hornets organization, Swarm organization, Mitch Kupchak, Buzz Peterson, Larry Jordan and Coach James Borrego have put in me, and I’m excited to get to work with the Swarm.”

Before joining the Hornets, Surenkamp kicked off his career in professional basketball with the Brooklyn Nets (2017-18). His tenure with the Nets included head video coordinator duties for their NBA G League affiliate, the Long Island Nets.

“I’m excited to see what Jordan is able to accomplish with the Swarm in this role,” said Borrego. “He has been a valued part of my staff in Charlotte, and I am impressed by his work ethic and competitive nature. His passion for helping young players get better will be contagious as he builds a strong culture in Greensboro. I look forward to keeping a strong connection between his staff and mine as we continue building our organization and developing our players.”

Surenkamp has a wealth of collegiate experience after spending four seasons at the University of South Alabama under head coach Max Graves. From 2015-17 he was the director of basketball operations, a role he was promoted to after spending two seasons (2013-15) as a graduate assistant. Surenkamp earned a master’s degree in communication from South Alabama in 2015.

A native of Indianapolis, Surenkamp graduated from Wabash College with a degree in speech communication and rhetoric. He was also a member of the men’s basketball program where he earned four letters and appeared in 74 career games.

The 2021-22 NBA G League season will be the Swarm’s 5th Anniversary celebration, presented by Blue Ridge Companies. The season-long campaign will focus on recognizing the organization’s community partners through ‘5 Months of Giving’ philanthropic events, in-game entertainment, and social and digital media campaigns. Specific details surrounding the 5th Anniversary activations will be announced in the weeks leading up to the season.

Season Ticket Memberships and Mini Plans are on sale now. Starting as low as $5 per game, memberships includes some of the best benefits in the NBA G League. For more information, visit gsoswarm.com or call 336-907-3600.