The Greensboro Swarm, the NBA G League affiliate of the Charlotte Hornets, today announced early access to six of the 24 home dates for the 2019-20 regular season, including five Saturday games. The Swarm play its home games at the Fieldhouse at the Greensboro Coliseum Complex. 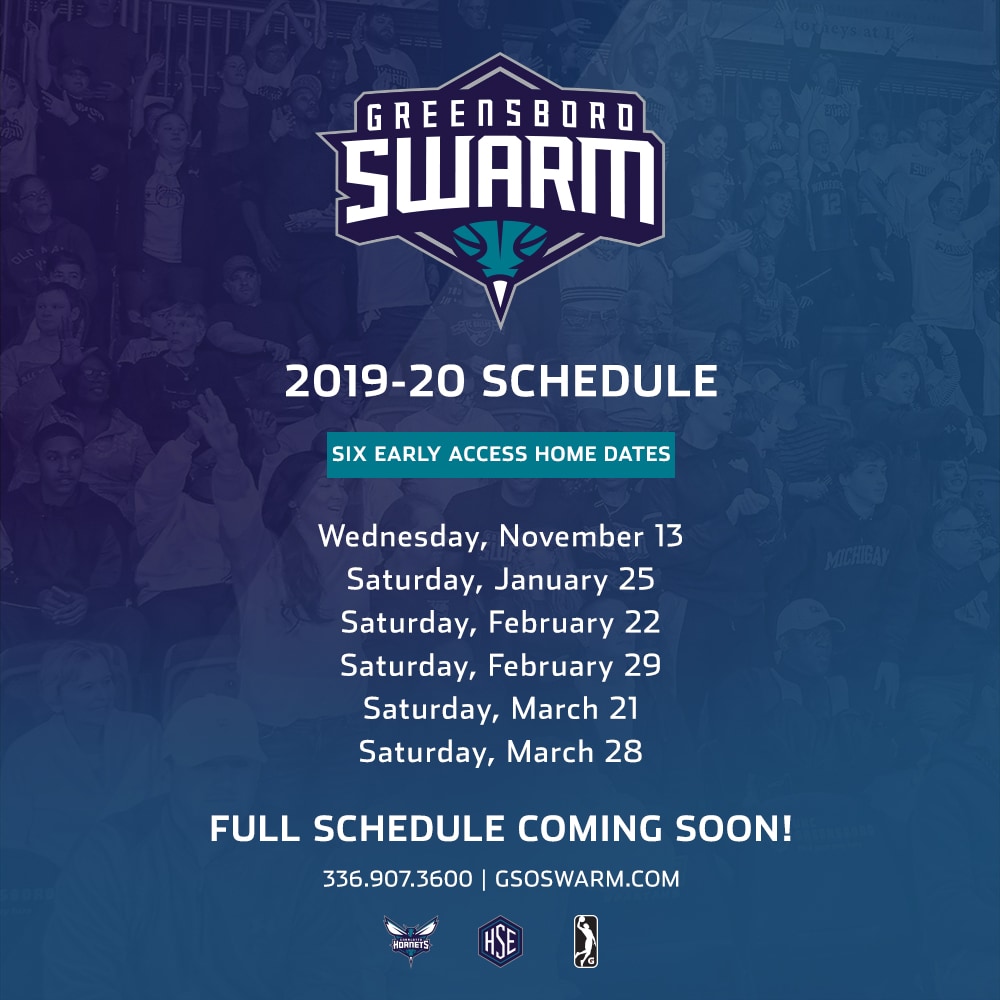 “We are thrilled to embark on our fourth season in the Triad,” Swarm President Steve Swetoha said. “The Fieldhouse has become a premier destination in the G League because of the atmosphere and support of our fans. Having five Saturday early access dates is exciting and our team is focused on delivering a family-friendly, exciting and legitimately fun evenings of basketball.”

The 2019-20 NBA G League regular season opens in the fall and the first Swarm early access home game is on Wednesday, November 13. After the New Year, the next home date is Saturday, January 25.

The remaining four home dates fall on Saturdays in February (22, 29) and March (21, 28). The NBA G League regular season concludes at the end of March.

The entirety of the 2019-20 schedule, including opponents and time, will be announced later this summer.