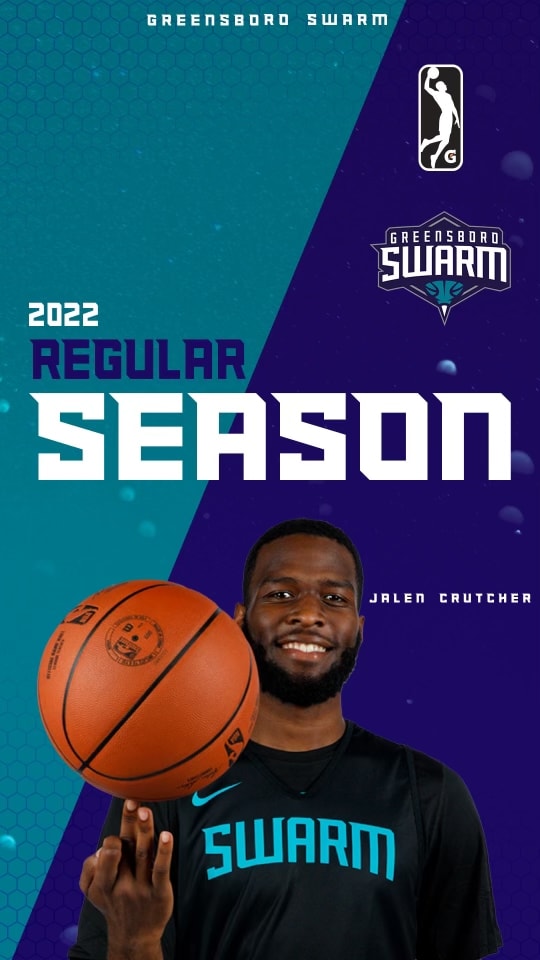 Greensboro (0-0) and Long Island (1-0) matchup twice this weekend at Nassau Veterans Memorial Coliseum with the second game on Sunday, January 9, at 1:00 p.m. ET. The contests against Long Island will be televised on NBAGLeague.com (Friday) and NBATV (Sunday).

Greensboro returns to the Fieldhouse with three games in four days, beginning with a Friday-Saturday, back-to-back on January 14 and 15. The first is Sneakerhead Night is against the College Park Skyhawks (Atlanta Hawks affiliate) with a 7:00 p.m. ET tip. Game two is Chick-fil-A Night and will see the Capital City Go-Go (Washington Wizards affiliate) visit at 7:00 p.m. ET.

Tickets for these games and the rest of the regular season can be purchased at gsoswarm.com, Ticketmaster.com or at the Greensboro Coliseum Complex. Fans can also purchase tickets for multiple games through a variety of options including Season Ticket Memberships, Mini Plans and Group Packages.

The start of the regular season concludes the Showcase Cup portion of the NBA G League schedule. The first 12 games of the season came against regional, divisional opponents with the top finisher in each pod playing in the Showcase Cup – single-elimination championship bracket. The Swarm did not qualify for the tournament but split a pair of games at the AT&T NBA G League Winter Showcase in Las Vegas. Including the games at the Mandalay Bay Convention Center, the Swarm completed its first 14 games with a 4-10 record.

A number of Hornets players have been assigned to the Swarm this season as well, including James Bouknight, Vernon Carey Jr., Kai Jones and JT Thor. Two-way players Arnoldas Kulboka and Scottie Lewis have also been fixtures in the Swarm rotation so far this season.