The Greensboro Swarm, the NBA G League affiliate of the Charlotte Hornets, today announced that the organization will celebrate the 5th Anniversary of the inaugural 2016-17 Swarm season during the 2021-22 NBA G League campaign. The season-long commemoration will be presented by Blue Ridge Companies, the official housing partner of the Swarm.

“We are excited to embark on our fifth season of Greensboro Swarm basketball,” Swarm President Steve Swetoha said. “We began planning for this celebration over a year ago, for our fans that have supported us from the beginning. We have had a solid fan and corporate partner base that has made the NBA G League a great fit in Greensboro. We are elated to have Blue Ridge Companies present this special season as they were one of our original corporate partners of the organization.”

As a part of the commemoration, the Swarm also unveiled a 5th Anniversary logo. The circular emblem includes the iconic teal, purple and cool gray that are prominent in the Swarm and Hornets branding. The logo features the primary logo for Blue Ridge Companies at the bottom as well as the years ‘2016’ and ‘2021’ to the left and right, respectively. At the top is the Greensboro Swarm wordmark and fixed in the middle is ‘5th Anniversary.’ 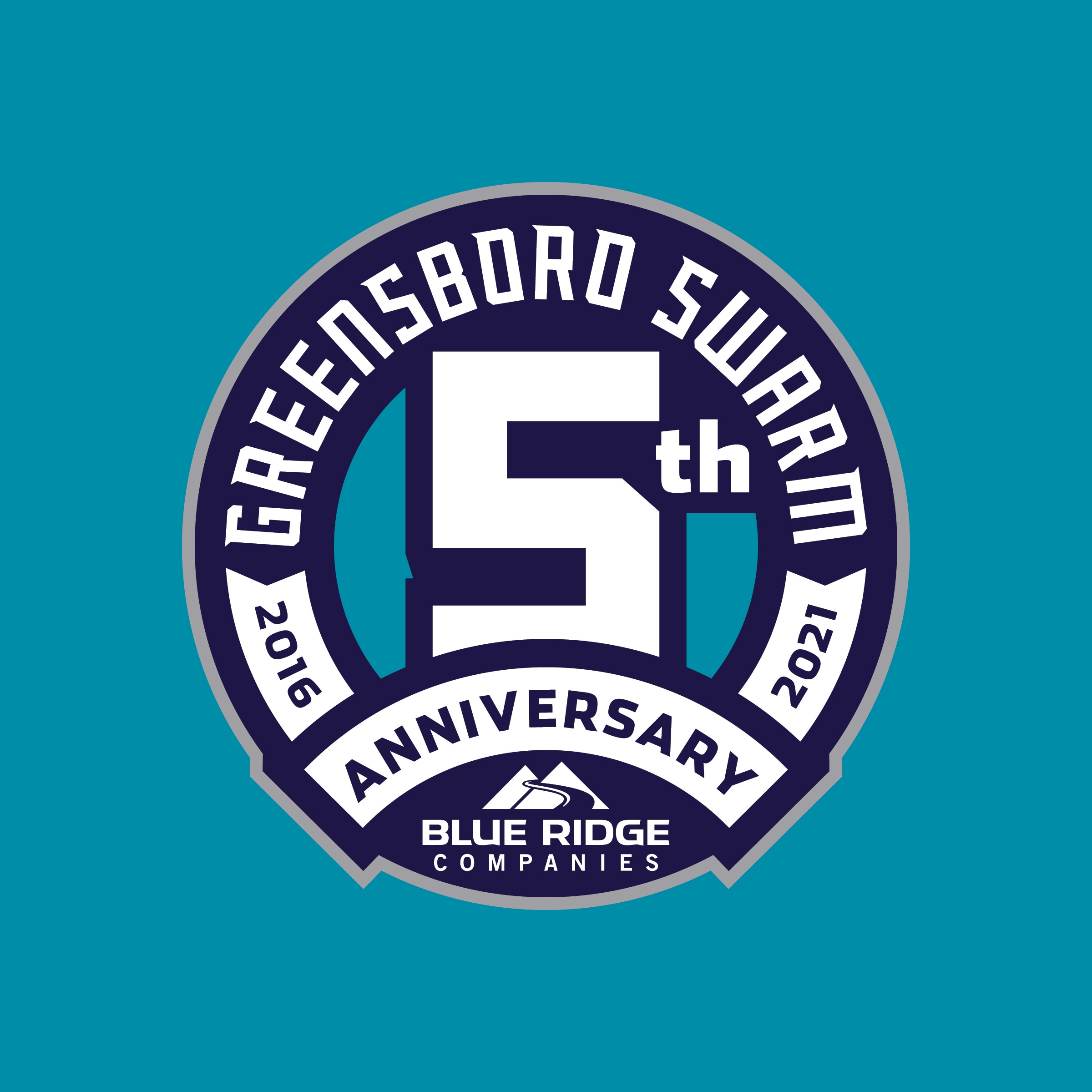 “Blue Ridge Companies is excited to partner with the Greensboro Swarm for the 5th Anniversary celebration,” said Blue Ridge Companies’ Executive Vice President Susan Passmore. “We have teamed up with the Swarm, not only for their on-court experience, but for several philanthropic efforts including volunteering at Second Harvest Food Bank and cleaning local creeks and parks in Greensboro. We enjoy aligning with a partner that is as focused on creating a positive impact in the community as we are.”

The 5th Anniversary celebration will focus on recognizing the organization’s community partners through ‘5 Months of Giving’ philanthropic events; in-game entertainment; and social and digital media campaigns. Specific details surrounding the 5th Anniversary activations will be announced in the months leading up to the start of the 2021-22 season.

The Swarm played their inaugural game on November 12, 2016, at the Fieldhouse at Greensboro Coliseum Complex. The team became the eleventh franchise to be owned and operated by an NBA organization. The Swarm has been a vital component to the Hornets’ player development strategy, seeing notable names such as Vernon Carey Jr., Devonté Graham, Caleb Martin, Cody Martin, Jalen McDaniels and Nick Richards suit up for the team.

Swarm Season Ticket Memberships are on sale now. Memberships start as low as $5 per game with some of the best benefits in the NBA G League included. For more information, visit gsoswarm.com or call 336-907-3600.