After four years playing college basketball, transitioning to playing professionally in the NBA G League and the NBA is a tough ask. Charlotte Hornets and Greensboro Swarm two-way player JP Macura was immediately able to tell that it would take a period of adjustment until he was situated in the association.

“During preseason and training camp, I’m playing against some really, really good NBA players,” Macura explained. “Obviously if it’s an open gym or even pick-up, it’s really hard to guard those guys. I try to keep high energy and play with a lot of confidence and that helps me out a lot. Anytime you play in the NBA, whether it’s practice, games or whatever, you’re playing against high-level players.” 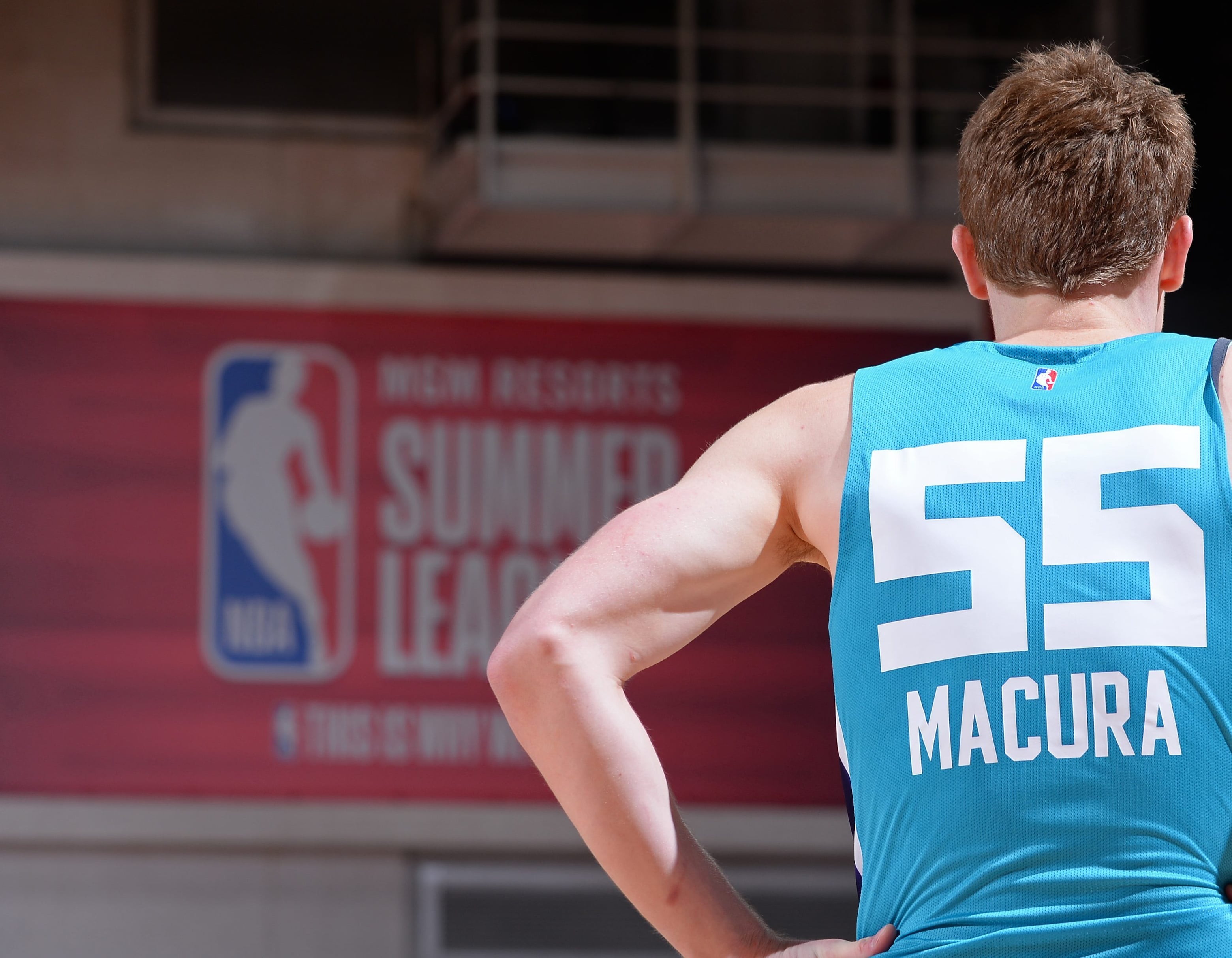 With some professional experience participating in the 2018 NBA Summer League in Las Vegas, the G League’s regular season required some transition for Macura. For the first time in his career, he had to deal with a significant uptick in competition and completely new teammates. Macura spent four years at Xavier University, where he never saw a high roster turnover following a season. Another big reason why adjusting to the G League is difficult for players, not just Macura, is getting everyone to play team basketball. One of Macura’s best memories from his rookie year was how the Swarm grew closer as a team over the course of the season.

“When we first got together in the G League, it was tough,” Macura said. “It was tough trying to manage everybody’s game and play together. It’s tough in the G League because everyone has the same goal, to make it to the NBA and get the next contract. So it’s kind of tough to balance that and try to play the best possible team basketball. I thought everyone did a great job. By the end of the year, we were playing really good basketball, playing together.”

Although the Swarm just missed out on the postseason, their 2018-19 campaign was the best in the team’s short history. Macura’s season was also one to remember, as he shined as one of Greensboro’s standout players, starting in all but two of his appearances. Across his 30 games, he was one of the team’s leading scorers, registering 16.4 points per game on 46 percent field goal shooting and 36 percent three-point shooting.

His stellar performances combined with his fiery personality on the court helped make Macura a fan favorite in Greensboro. His tenacity and intensity in game was created long ago by a lifelong sibling rivalry. Macura said that his older brother, David, was always better than him when growing up, which fueled his competitive nature. Although it has not happened yet in the G League or NBA, Macura’s on-court personality helped make him a target for taunts from opposition crowds, specifically student sections, while in college.

“People in college got on me a lot throughout my time at Xavier,” Macura laughed. “Every away crowd I went to was yelling stuff at me, swearing, doing all this stuff, so that kind of gets me fired up. Not so much in the G League, that hasn’t happened because it’s my first year in the G League and people don’t really know who you are too much, nobody really gets on you. As far as the NBA goes, I didn’t play in that many games, but the time I did, not too many fans got on me but I still played with the competitive edge.” 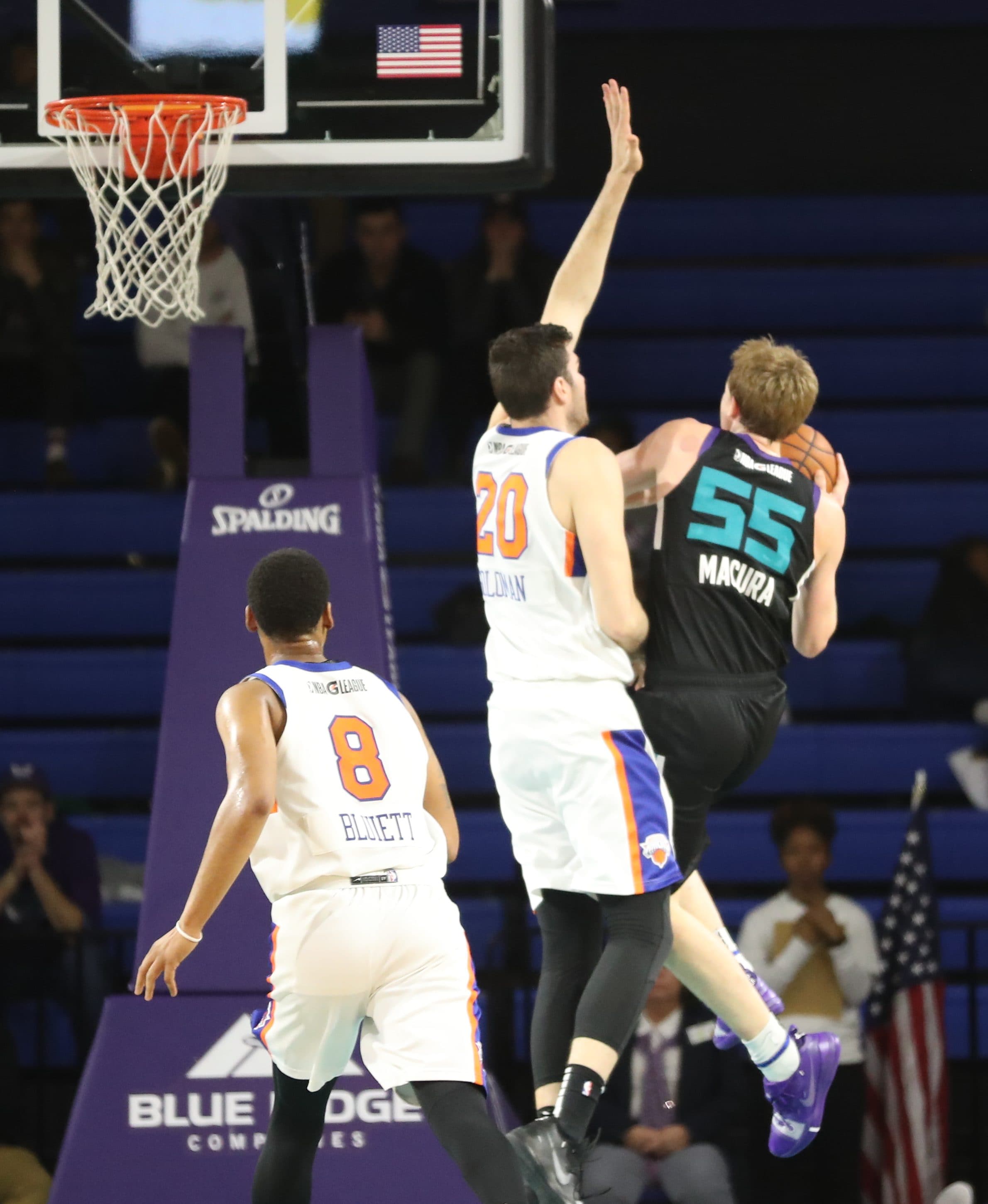 Although he is known for bringing his competitive energy, Macura also knows how to have fun on the court. There were a few games in the season that stood to him, as he was able to face off against some of his former Xavier teammates in Trevon Bluiett, Edmond Sumner and Kaiser Gates. Despite the camaraderie between Macura and his former teammates, his persona did not stop as he admitted to talking trash to them too.

Macura spent the large majority of his season playing with the Swarm, but his two-way contract allowed him to be in Charlotte with the Hornets for up to 45 days in the season. Macura had two separate multi-week stints with Charlotte, totaling around 28 days spent with the Hornets. His two stints were from January 1-14, and the other from March 28 until the Hornets season ended on April 10.

This offseason, Macura has spent time training with the Hornets trying to stay in shape and become the best basketball player he can be. The two aspects of his game that he is trying to improve the most are three-point shooting and defense. Despite having one of the better three-point shooting percentages on the Swarm, Macura was not happy with some of his late-game shooting. He wants to improve his stamina and ability to shoot when he’s tired to ensure there is not as much of a drop-off.

Macura is honing in on his defense by trying to improve things like his lateral quickness, while also working on defensive IQ. Macura showed his defensive prowess throughout the season, as his 1.4 steals per game were second on the Swarm behind Hornets rookie, Devonte’ Graham.

“It’s really key to look in and try and get the little details and lock in on those,” Macura said. “If you make a mistake on defense or anything like that, they’re most likely going to knock the shot down if you leave them open because you’re playing against great players.”

While he had to adapt his game in order to thrive in the G League and NBA, a lot of the biggest changes for Macura came off the court. He was used to a college routine, having spent the last four years doing so with the Xavier Musketeers. Macura no longer had classes, meal plans, or as many meetings as a student-athlete.

“In the NBA and the G League, you’re a little bit more on your own,” Macura said. “Sometimes you’ve got to go do things on your own, which is a little bit different, which I like though. I like having structure, but I feel like when I’m on my own I can schedule workouts with coaches and try and get into the gym as much as possible and take care of my body.”

Due to the increase in free time, Macura found himself spending a lot of time lounging in his apartment, wearing crocs and playing video games. Although he doesn’t mind reading, he admits that, as of now, he prefers to play games like Fortnite to pass the time. This April, he signed a contract with eSports team Wombo Sports and streams online with them on Twitch. Over the course of the season, he found a happy medium balancing video games and basketball, as he does not play any games until he’s done with all of his basketball-related work for the day. 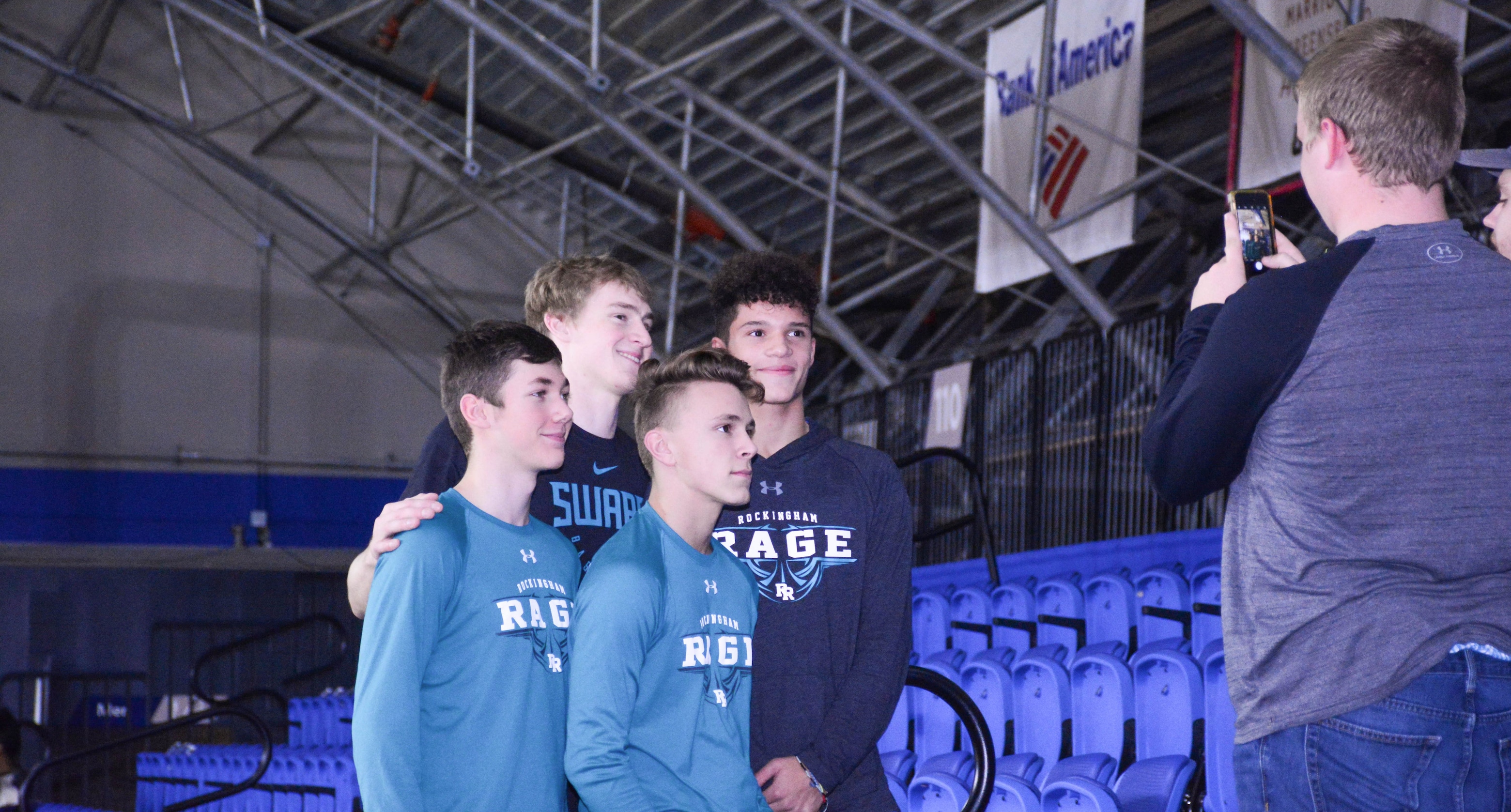 Macura has also seen himself spend a lot of time giving back to the Greensboro community. He has spent a lot of time talking to younger kids in the Triad, specifically with the Rockingham Rage. The Rage are a youth basketball team set up to give homeschooled kids a chance to participate in organized school sports. Getting involved with the local community was something Macura was more than happy to do, and something he looked forward to.

“It’s all about helping others,” Macura said. “There’s a lot of people who don’t have it as good as me and all the other players that play basketball. It’s obviously a blessing to do what we love and do it every day, so just seeing the younger kids and people aspiring to be NBA players or anything else, I’m always wanting to help those kids out. It makes me happy to see them happy.”